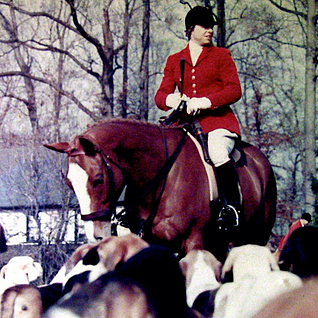 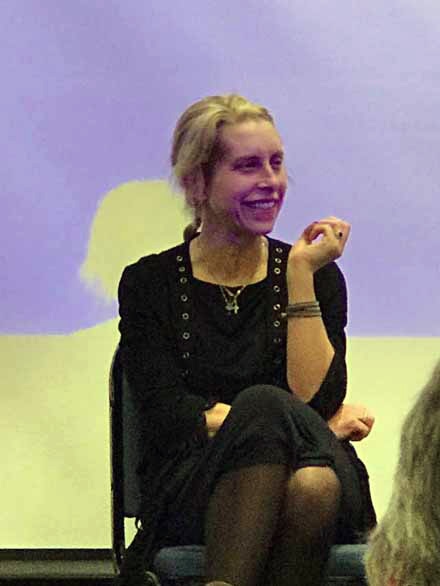 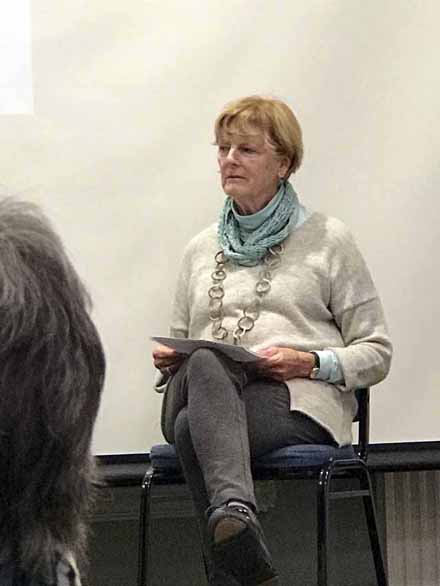 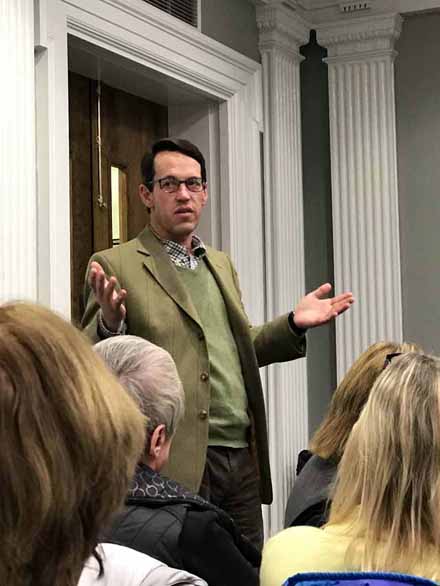 About the film:(courtesy Oxford Arts Alliance, 2017)

"Goodnight Ladies" is an award winning documentary that tells the story of one of the most famous Masters of Fox Hounds, Nancy Penn Smith Hannum, and the legacy she left behind. Breaking every bone in her body over a lifetime of fast horses and big fences, Hannum was known the world over and celebrated by Alfred Hitchcock, Sports Illustrated, and Life Magazine; yet Hannum cared only for the open land, horses, and hounds. Goodnight Ladies is the tale of a modern day Artemis, an ancient sport, and one woman’s struggle to protect a world she inherited in beautiful Chester County, PA. Christianna Hannum, grandaughter of Nancy, founded Swim Pictures to make this film. “Goodnight Ladies is a tiny window into the universal mortality of a woman at the end of her life - a legend no one ever believed would be gone.”

Ms. Hannum worked with animator Emily Hubley (Hedwig and the Angry Inch), editor Ray Hubley, and cinematographer David Leitner to create this film, a Super 16 mm with a running time of 37 minutes. The film premiered at The Chester County Historical Society and has screened in New York City; Camden, SC; Sedona, AZ; The Colonial Theatre in Phoenixville, PA; and most recently at the World Equestrian Games in Tryon, NC. Winner of the EQUUS Film Award, Rome Finalist, and Eastman Kodak Award for Cinematography.

Ms. Hannum was born on a farm in Pennsylvania and spent her childhood riding horses with her grandmother. Hannum works as a writer and a fundraiser, and serves on the Board of The Fabric Workshop in Philadelphia. She lives in Kennett Square, PA with her children. 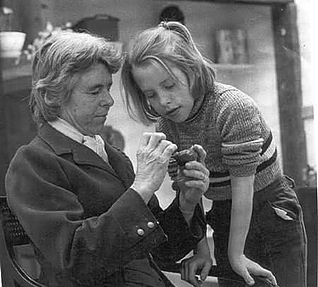 About the screening  with FHC

Mary Buford introduced Christy Hannum to an audience of about 70 viewers who gathered in the large meeting room upstairs at the downtown Charlottesville branch of the Jefferson Madison Regional Library to watch a documentary on the life and legacy of her famous grandmother. As the color film footage unfolds, we are introduced to Mrs. Hannum, then in her early 80's, reading aloud her obituary which has been written in advance of her demise (she died in 2010), interjecting after every few lines with amused commentary, as her granddaughter Christy leans close to prompt her to tell stories  from her long life and legendary career foxhunting. And so begins a delightful sequence of hunting scenes shown with both current and archival videography, a wide assortment of family photos and extraordinary live coverage of foxhunting with Mr. Stewart's Cheshire (English) hounds, immaculately turned out riders (including more than a few ladies riding side saddle), a lively red fox family and the  extaordinary aerial views of the vast countryside just 50 miles outside Philadelphia where the Hannum family preserved over 24,000 acres, much of which remains unchanged since the days her grandfather first established Mr. Stewart's Cheshire Foxhounds in 1912.

Hannum welcomed comments and questions after the film with clear enjoyment, intense concentration and a sparkling smile that reflected the cheerful spirit and dedication brought to life in the portrait of her grandmother we had just witnessed. Hannum noted that one of the greatest challenges making the film was fund raising-"As you saw there's a long list of names at the end of the credits and I went to speak to each one of those people. It was not hard to get the support-everyone understood and was glad to help me tell her story, because she really was well known and a legend-it needed to be told." Hannum said that it was a pleasure to show the film to varied audiences, and that this particular group was especially appreciative, given that so many in the room were foxhunters.  Christy hunted with  Cheshire until the age of 25, and deferred more detailed questions about current foxhunting to her brother Jeb Hannum, who responded to queries raised about hunt territory restrictions, land preservation,land ownership as well as styles of riding, and field experiences. He noted that one significant change he had noticed since the passing of his grandmother was that people, especially in Orange County, were so much nicer. " In Unionville members of the field were likely to include ex racehorses with professional riders who might be having trouble with a fractious horse, and instead of "rallying around to help out-like they do in Virginia, the hunt would just carry on; probably some riders would be glad that there was one less horse in the field to slow things down!"  Jebb Cuthbert, a first flight rider (and membership chair) with FHC, asked how long a typical meet might last in their hunt, "Typically three to four hours, not like in the past when there'd be second horses and they'd go all day", he added with a smile. FHC master Pat Butterfield reminisced about hunting with Mrs. Hannum in the mid '80s, and noted the predominant breed of the horses he saw were Thoroughbreds, "They galloped-and you just went!" said Butterfield. "You jumped whatever came in front of you, line fences and all!"

Ellie Wood Baxter, senior and founding member of the FHC, commented(after seeing the film at home) that on one of her visits to the Hannum's home,when they arrived late in the day, "Nancy was down in the barn, with a row of buckets in front of her doling out the feed-each a special portion for a different horse. She oversaw every detail." Mrs. Baxter recalled the unforgettable experience of"riding in that jeep," as that was the mode of transport Mrs. Hannum used to follow hounds after she was no longer able to ride. Mary Buford remarked , "in one sequence of the film, when she was booming along in the Wagoneer, the driver's side door was OPEN!" These exciting rides offered a real challenge during the making of the film, according to Christy, who described the strenuous efforts of the cameraman who shot the videos while riding in the back seat with Mrs. Hannum at the wheel.

After the discussion, Christy and her brother stayed and mingled informally with several of the guests who lingered to ask questions and offer sincere praise for the film. Many expressed an interest in obtaining a copy, and she responded that it is possible to order a copy of the DVD of "Goodnight Ladies" by contacting her directly. Cost is $35. To order, contact: Christianna Hannum,500 West Linden Street, Kennett Square, PA 19348 email: swimpics@aol.com