Most "old timers" in Virginia, especially members of Farmington, most of Virginia's Hunt clubs and many long time members of the horse community know that Ellie Wood Keith Baxter's riding talent and success in the horse show world was and continues to be well known, but who knew she appeared in Life magazine, November 18, 1946! The war in Europe was finally over, and Life did a feature on the National Horse Show, along with the current news of world politics and matters of national interest, showing that the the world was getting back to normal, and good times were ahead. Here are a copies the photos and the article. Thanks Ellie Wood for sharing this with us! Its terrific fun to look at these great photos in the original copy of the magazine. 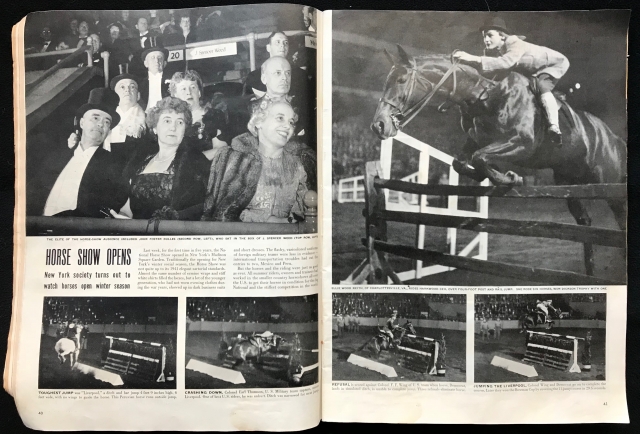 (Transcribed directly from the copy of the Life magazine:)
"Horse Show Opens
New York society turns out to watch horses open winter season
Last week, for the first time in five years, the National Horse Show opened in New York's Madison Square garden. Traditionally the opening for New York's winter social season, the Horse Show was not quite up to its 1941 elegant sartorial standards. Almost the same number of ermine wraps and stiff white shirts filled the boxes, but a lot of the younger generation, who had not worn evening clothes during the war years, showed up in dark business suits and short dresses. The flashy, varicolored uniforms of the foreign military teams were less in evidence-international transportation troubles had cut the entries to two, Mexico and Peru.

But the horses and the riding were just as good as ever. All summer riders, owners and trainers had worked in smaller country horseshows all over the U.S. to get their horses in condition for the big National and the stiffest competition in the world." 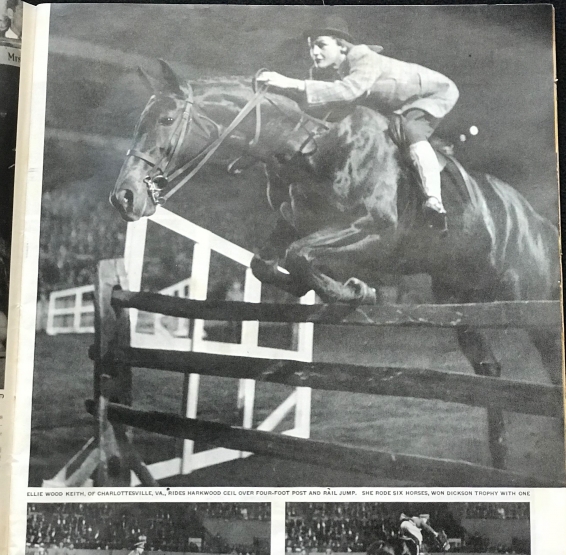 This archive copy of the original Life magazine is shared, Courtesy of Ellie Wood Keith Baxter and the Keith family 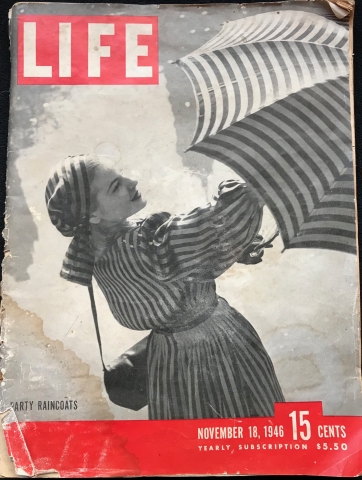