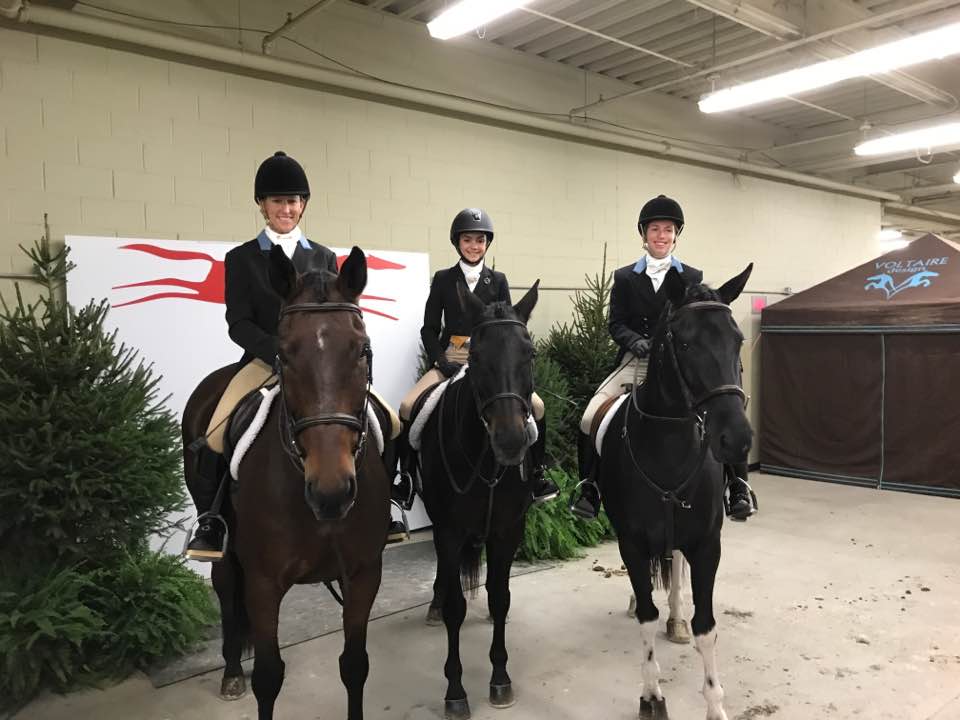 "Great show after an adventurous trip up. A bearing went on Jennifer Daly's trailer so Liz turned around and picked up Jen's horses in Waynesboro and the kids and we continued on to PA while Jen and Trip waited for the trailer repair before continuing on. Fortunately even with our misadventure Everyone still made it to the show on time. FHC was represented in the 35&under field hunters by Isabella Karr aboard Mason Foggs Syrah, Katie Define aboard Jen Daly's Prize and Taryn Cowles on her own Cameron Creek. All three of our Junior entries rode beautifully but just missed out on prizes.(Jenn noted that"Katie was bumped out of her stand by on Prize and ended up 10th and Batman made the finals and was top 13 out of over 50 in the ladies hack.") Jenn Daly and What Luck and Liz King aboard Melissa Slutzky's Barcinni represented us in the 36&over field hunter where Liz finished in 7th with a really lovely trip. Jen was on the standby list until the very last Horse just bumped her off. James McKinley aboard Syrah was our representative in The gentlemen's undersaddle in extremely tough competition. It's not often you have to compete against Olympic riders but James did us proud and came in 4th. To finish the evening FHC put fourth 2 hunt teams, the first comprised of Jen Daly, Katie Define and Taryn Cowles, the second with Liz King, Charlotte Delany and Isabella Karr. Team 2 put in a spectacular performance and finished the night with a 4th place."